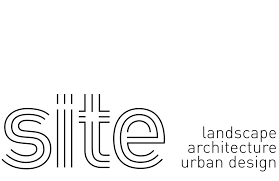 Located in Chicago, Pullman National Monument was the first model planned industrial community (Company Town) in the United States in 1880. It was the site of a historic strike and consequently the birthplace of the first African American Labor Union in 1925. In 2015, U.S. President Barack Obama designated the site, which is still the home of many historic buildings, including the first National Park Service unit in Chicago.

The National Park Foundation supported construction of a new visitor center located in the iconic Pullman Administration Clock Tower Building and revitalization of the site. Leading up to the visitor center is a grand walkway and gathering space created with plank pavers in an Il Campo® finish – a finish known for its uniquely brushed surface and durability. The granite color choice contrasts with the red brick of the historic clock tower and provides a warm welcome to the visitor center.

Behind the building, original train tracks are interspersed with a combination of permeable and non-permeable pavers in a Series™ finish. The paving pattern mimics the look of the railway ties that were once there, resulting in a functional and interactive expression of history.

Welcome to UNILOCK
Please tell us who you are so we can tailor
our website to serve you better
are you a:
Contractor Homeowner Architect/Engineer Builder Job Seeker
You are leaving the Architects and Engineers version of unilock.com
You can return any time by using the sub-menu at the top of your screen.
Cancel Ok
You will be taken to RisiStone.com for the Wall Estimate Calculator.
New login information may be required.
Cancel Ok
Enter your city and state
Your location will determine products available to you locally.
Select Project Location
Region selection will display products local to your project.
Thank you!
Instructions for password recovery have been sent to your email.
My Account
Change Password
View Project
View Favorites
Skip to content