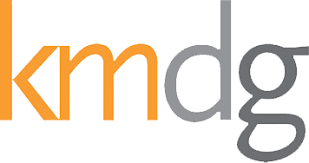 Located In Brighton Massachusetts, The Charles River Speedway was originally built in 1899 as headquarters to support the new parkway along the Charles River. The parkway included a mile long horse and bicycle race track, which soon became one of the city’s most popular spots to gather. Local architect, William D. Austin, designed the complex in the Shingle and Revival styles, with arched gable entrances, porches, double hung windows and elaborate wood trim. Over time the racetrack was replaced with Soldiers Field Road, park management offices relocated and the buildings fell into disrepair. In 2013 the city of Boston designated the Speedway complex as a Landmark and the Architectural Heritage Foundation was awarded a long-term lease to transform the site into a commercial and cultural gateway to Allston-Brighton and the Charles River.

The Klopfer Martin Design Group was hired to work with AHF to revitalize and preserve the historic complex. Artline™ pavers with Smooth Premier finish in Steel Mountain were used around the historic building to create gathering and seating areas and an accessible community courtyard outside the complex. The clean lines of the paver result in a modern paving design that both contrasts and complements the architecture of the 19th Century buildings. The EnduraColor™ and EasyClean™ technologies of the pavers ensure that the courtyard will remain beautiful despite heavy use and exposure to the elements. With the addition of picnic tables and large fabric shades to protect from the rain and sun, the area is once again a popular local gathering spot.The Charles River Speedway is now a thriving commercial complex supporting a diverse array of tenants from small retail shops and maker spaces, shared offices, a restaurant, café, as well as a taproom and brewery.

Welcome to UNILOCK
Please tell us who you are so we can tailor
our website to serve you better
are you a:
Contractor Homeowner Architect/Engineer Builder Job Seeker
You are leaving the Architects and Engineers version of unilock.com
You can return any time by using the sub-menu at the top of your screen.
Cancel Ok
You will be taken to RisiStone.com for the Wall Estimate Calculator.
New login information may be required.
Cancel Ok
Enter your city and state
Your location will determine products available to you locally.
Select Project Location
Region selection will display products local to your project.
Thank you!
Instructions for password recovery have been sent to your email.
My Account
Change Password
View Project
View Favorites
Skip to content